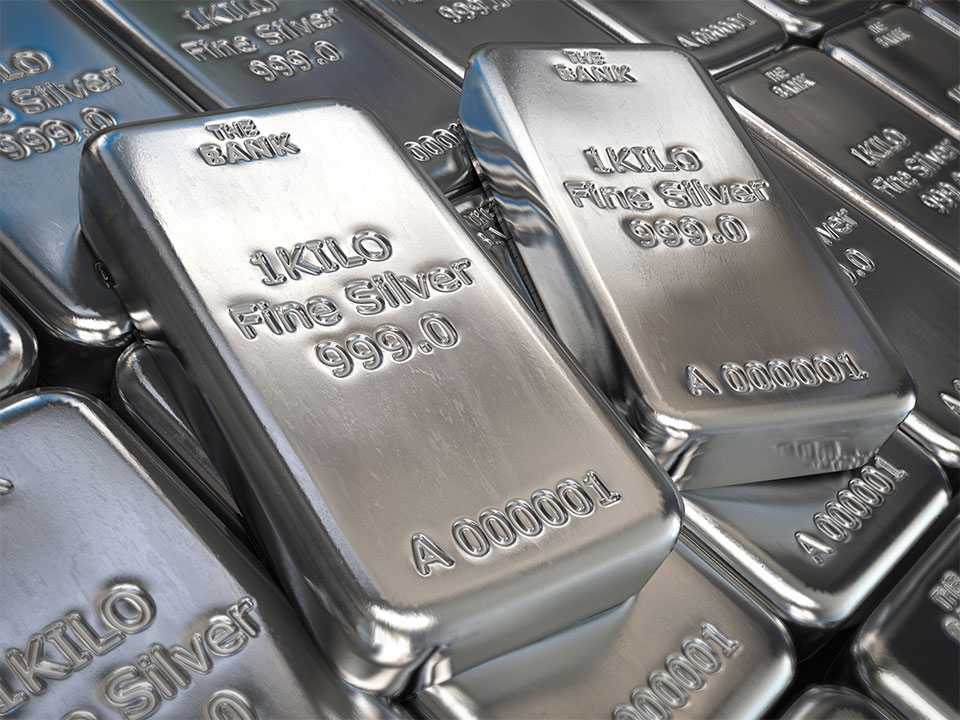 The main difference between gold and silver is that gold is held by almost any country as a stabilization device for their currency. timi liras Therefore, gold has a special status; governments tend to keep the gold price stable or influence it by holding or selling deposits. Furthermore, gold is treated differently for taxation, being tax free in many countries. In the case of silver in some places the buyer has to pay taxes when purchasing silver – an amount that will be lost when selling. This has to be considered in profit calculations.

As gold is a good and reliable form of investment, and there is still a huge price difference between gold and silver, it could be questionable if silver really could become an efficient investment to return profit. Only one kilo of gold today is worth as much as about 50 kilos of silver.

The main difference compared to gold is that silver is used every day in many areas, from batteries to space shuttles, from pharmaceutics and medicine to solar panels and simple electrical switches, a huge number of products in our every day’s life need and use silver. Also there is a very little silver left in deposits and natural sources.

In contrast, gold is hardly used for industrial purposes. National banks still hold large amounts of gold in order to control worldwide gold trade and gold pricing. In the case of silver, western governments have reduced their deposits so far they won’t be able to have a major influence on price stability or development. During coming years, silver prices will mainly depend on the market laws of supply and demand. As we have seen, demand is increasing with the growing need of high end electronics and industrial products which contain silver and supply is reducing.

Since the year 2004, worldwide silver demand is increasing, re-flected in increasing silver prices. Silver charts of the last 10 years are showing a price progression from less than $6 to about $17, with peaks at about $21 in February 2008.

What factors determine the value of any good? Mainly, value is given by supply – the availability of a good – and demand. The more industrial branches need a raw material, the more precious it becomes as the amount of the available commodity gets smaller.

Gold is used in very few industrial products. The largest amount of gold is deposited in banks or bought as luxury items. Silver, on the other hand, is needed to guarantee our life standard and will become even more important in the near future. Silver mines will probably be exhausted within the next 15 to 20 years, so no new silver will be brought into circulation. For the first time in history, silver production in mines is decreasing – in a time of highest economic demand.

So why is gold still 50 times more expensive than silver? The real ratio of available gold to silver is about 1:3 or even 1:5 – so actually, silver price should be 3 to 5 times higher than gold prices.
It isn’t… right now.

As gold is held by banks and governments in order to stabilize their currencies, they can influence the circulating amount and price. Gold circulation tends to be kept low to keep prices almost stable.

Silver, as we’ve learned, largely is not held in governmental deposits as money coverage, so price is almost totally regulated by the market.

Both silver and gold are very reliable attractive investments during crisis. Silver, as the “little man’s gold” is much more attainable for small investors. Not every investor is able to buy reasonable amounts of gold. Silver can be bought by almost anybody. So, demand of silver coins and smaller bars will increase in times when people seek to save the value of their money. Both silver and gold save values in an inflationary process, so both are attractive in those times.

Although we’re used to quite low silver prices, there have been historical silver peaks of about $806 dollars an ounce and gold price raised up to $2400 – a ratio of almost 1:3. The lowest gold price has been listed in the year 1919 at $20.70 an ounce. So it is not impossible at all that silver prices could explode with an increasing demand of industry, small investors looking for value, and new investors looking for the signs of the times. Considering the true available amount of silver compared to gold, it is possible and very likely that silver prices could overtake gold.

In the 18th century, the silver price ratio had been fixed to gold by many governments, such as the USA and France: at that time, the ratio was 1:15, which meant one ounce of gold equals fifteen ounces of silver.

In the 20th century, gold prices increased far faster than silver prices, and the ratio became about 1:50. Since 2004 silver prices are rising constantly because of economic demand by industry and investors.

So obviously, today’s price structure of gold and silver has not been historically stable nor can it expect to be in the future.

For the last 15 years, silver demand is above production. So far, governmental deposits have been feeding the lack, but are close to or already exhausted. Nowadays, countries are holding very little amounts of silver, and probably won’t be able to balance the market for long.

Let’s have a deeper look into today’s silver demand:

In the year 2007, worldwide silver demand has been detailed as follows (Silverbook 2007):

So we can see, the main demand is from industry; silver crafting, funds and the coin market together don’t consume even half of the silver which industries use every year. As industrial branches like solar energy, electronics and other important silver consumers are increasing, demand will probably be even higher in the near future.

There are very many reasons why you should focus on silver and not on gold when it comes to investing in precious metals. In this chapter I’ll talk to you more about that, and we will cover a few lessons that will hopefully explain to you why silver is a bargain right now and you should bias your investments towards silver and less gold. Obviously, if you have a chance to buy gold at a really good price, then go for it. We will not talk in this chapter about the exceptions where someone just gets a huge bargain in gold or digs up nuggets for free. Instead we will focus on general principles and rules that should be predictable.

The first reason why I think you should go for silver instead of gold is that gold is simply more expensive. Sure, your profit margin is going to be greater, but right now you will get a lot more silver for your money than gold and we’ve already suggested that silver is likely to overtake gold in value at some point probably during your lifetime.

Scarcity creates value. Obviously, when there is not much of something available, what is available becomes more expensive. We are running low on the amount of silver and we have to use it every single day to create things we cannot live without so silver will become scarcer than gold and therefore more valuable. You probably already know that most of the gold that has been in circulation is still in circulation. This means that it is generally not used for anything except for making money and jewelry. Even though the profit margins from trading gold now are much higher than those you have when you trade silver, it is really a better, more long lasting and just a smarter investment to put money into silver.