The topic was acim audio Apps, and Clouds: How Writers Are Creating the Future of Publishing.” Mark Coker, founder of Smashwords, predicted the end of mainstream publishers as we know them. Berrett-Koehler’s David Marshall countered by telling of the changes that traditional publishers will make to survive and thrive in the future. And publishing consultant Peter Beren, after the Coker-Marshall exchange, offered a third view, that ultimately the “big houses” may just absorb and dominate the e-book format.

Mark Coker began by saying “It’s time that writers and publishers stood up for free speech!” And that it was paradoxical that only a few blocks away his mother (and he in utero) took part in the Free Speech movement at its peak in the 1960s. And now, finally, with e-books ranked as the #1 format among all trade categories, there is a renaissance in book publishing as firms like Smashwords, offering a free publishing and distribution platform, help give ordinary people the power about what should be said and printed.

“The ‘Big 6’ have judged the worth of writers by the commercial merit of the books they sent for publication. They controlled the printing presses and the venues of mass distribution, but their myth as the arbiters of value is giving way to a new reality as brick and mortar bookstores close, they pass the post-publication PR burden to the writers, their book advances tumble while they still reject almost every submission, they take 18 months to put those few books accepted in print-and if the new book doesn’t sell in the first weeks that it’s in the bookstores, it is withdrawn to be remaindered or pulped.”

“Writers have been exploited. It’s the public who should decide what they want to read. We offer an online, open platform so writers can release their potential. That creates many more choices.”

Coker said that answers to two questions will lead to the downfall of the big publishers (though they will never totally disappear, nor should they):

The first question is, “What can publishers do that I can’t do myself?”

The second, “Will using a traditional (or mainstream) publisher harm my book’s success?”

In response to the first question, Mark said that any author can use the Smashwords format to create an e-book in nine software languages. Those books are then openly marketed by distributors worldwide, democratically serving all. There is no cost to the author/publisher. And a royalty of 60-85% is paid for every book sold (compared to 5-17% in royalties for the major houses). The books are released as e-books almost the moment they are processed.

The second question, how would a traditional publisher harm a book’s success? By making it unaffordable (in part to pay for their overhead), said Coker, often selling it at prices double or triple the e-book rates. And by limiting its distribution, geographically or for restricted periods of time. (“E-books know no boundaries since they become immediately accessible internationally once they are seen in an online catalog. Readers can also sample a part of the book before buying. And since there is unlimited space in the e-book bookstore, the books will remain available everywhere forever.”)

December 20, 2022
The Ultimate List of the Best Stephen King Books 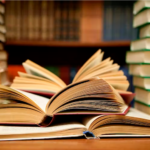 The Ultimate List of the Best Stephen King Books